At the start of the year 1943, Sophie Scholl was a twenty-one-year-old student at the University of Munich. She had a vibrant social life, enjoyed her family, and was engaged to be married.  However, the looming darkness of the Nazi era cast a very dark shadow on her life. Instead of cowering to her fears, she sought a way to resist.  She joined a non-violent resistance movement called “The White Rose” founded by her brother, Hans and his friends. Members distributed anonymous leaflets to the German people informing them about the reality of the Nazi Regime and encouraged the German people to resist.  Using a manual typewriter and copy machine, the members produced thousands of copies of leaflets and stuffed them into individually addressed envelopes.  Carrying suitcases filled with these envelopes, members took trains alone to strategic cities. In the dark hours of night, they emptied the contents into mailboxes, hoping not to be caught. Then, they got back on a train and returned home.

As a result, thousands of Germans received these leaflets. Eventually catching the attention of the Nazis, their efforts became even more risky. However, this did not deter the efforts of the White Rose members.

On February 18, 1943, hoping to start a student protest, Sophie, and Hans, with a suitcase filled with leaflets, entered the University of Munich. They spread and scattered the leaflets throughout the gallery corridors. Instead of making a sure getaway, they threw the last pile of leaflets over a banister and then tried to escape as the students came out of class. They were caught and handed over to the Gestapo. In the four days of interrogations and imprisonment,

Sophie was given several chances to have her charges lessened, by denying her true involvement. She refused. She, Hans and Christoph Probst, another member, married with children, were tried on February 22, 1943, found guilty and beheaded literally hours after the trial.Sophie went to her death without “the flicker of an eyelash” according to her executioner. Later that year, a leaflet was smuggled out of Germany. Millions of copies were made and distributed by the allies by plane all over Germany.

It seems to me that Sophie Scholl could have had a very nice life, had she remained silent in the shadow of the Nazi Regime. This painting captures Sophie, having thrown the leaflets over the banister in the university, she watches them flutter down like the petals of a white rose.  Sophie was willing to step out of the darkness into the light of truth. Her hands are raised up....in surrender? No, she is raising them up in in victory.  Her desire for truth and justice to prevail, and her love and concern for the future of her country overcame her fears.   She was not "just a girl" as the Nazis seemed to think. She was a strong, courageous, free woman.

This painting was part of a travelling exhibition "Beauty instead of Ashes" in Germany, England and the US.  There are 7 paintings in total. You can see this painting as well as the others here

It was unveiled in Berlin, Germany. See here . 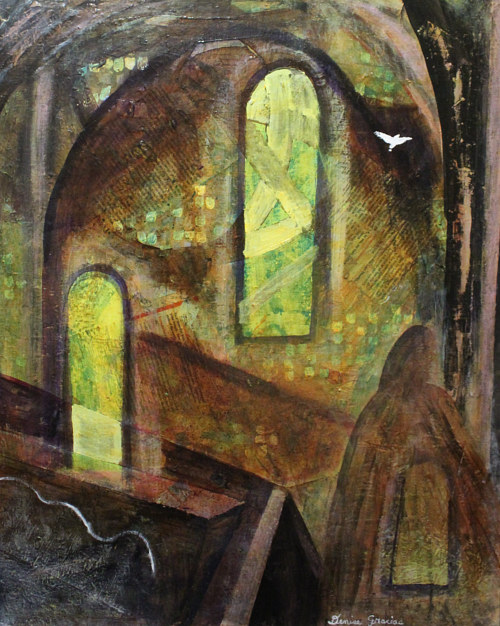 "Interior Life" is part of the "Illumination" Exhibition at Gerrard Art Space (aka GAS).

See below for details: 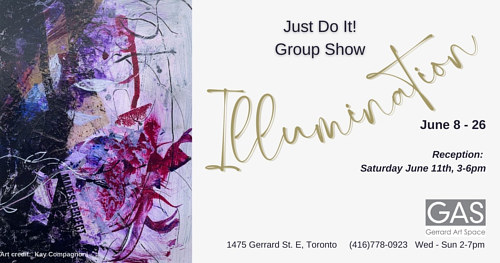 Do you want to see the exhibition online and hear each artist share the inspiration behind their artwork? If yes, please click here

Cedar Ridge is now open with an exciting exhibition featuring 2 landscapes of mine, as well as beautiful artwork by friends and colleagues.  Do drop by to enjoy the show. See below for details: 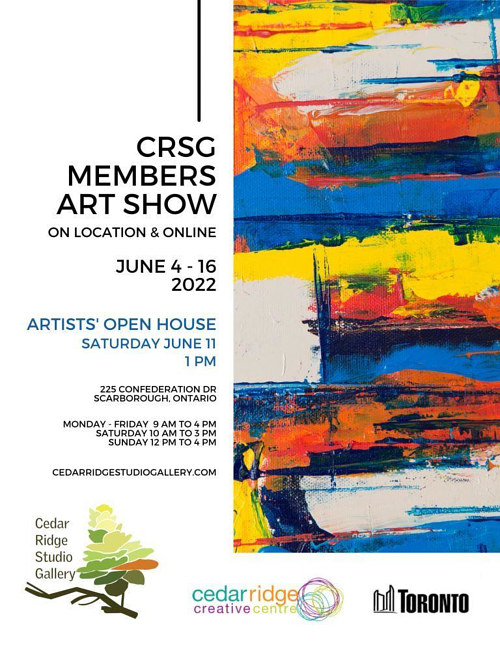 Can't make it in person? No problem. See the link below and check out the artwork that is in the gallery as well as other pieces by the same artists. 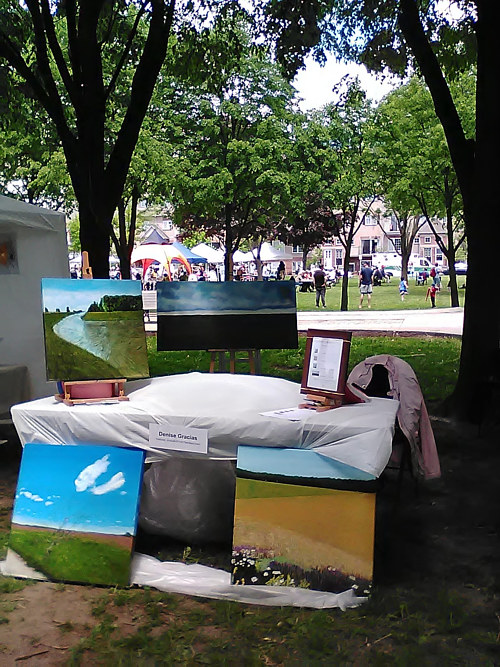 I held a booth at the Pickering Artfest this year for three Saturdays in a row. This time I took 4 landscapes and was present to receive comments, questions and lovely conversations from a wide variety of people.  I had such a good time that I will definitely be returning next year, God Willing.

Thank you to all of you who made this such an enjoyable experience.

"Sophie Scholl - Freedom" was unveiled today in Berlin, Germany. Please see the 6 minute video in which Paul Grass, Founder of the Religious Academy, provides the background before unveiling the painting. 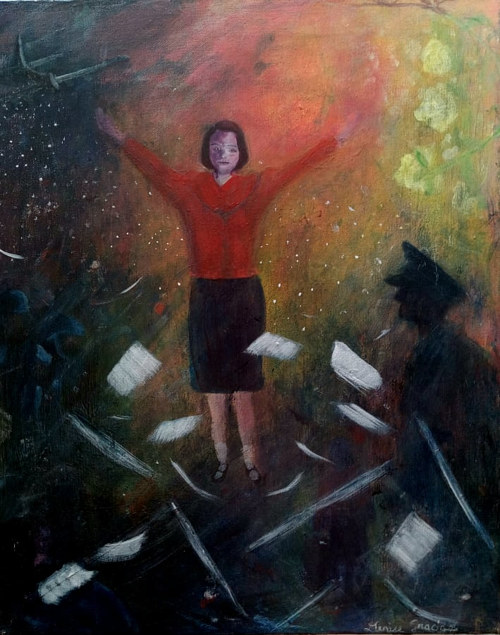 The AGO accepted submissions on their "Portraits of Resilience" online gallery last year.  They were asking artists to show how they were able to cope with the "pandemic".

I submitted my painting, "Contagious Joy", with the following description....

Joy is unchanging even in the midst of trying circumstances. How wonderful if this joy could spread like a a virus in a pandemic from heart to heart.

I was thrilled to learn "Contagious Joy" was one of 110 submissions included in the wall of paintings at the Art Gallery of Ontario. Apparently, over 3000 submissions were entered from across Canada, as well as all over the world. 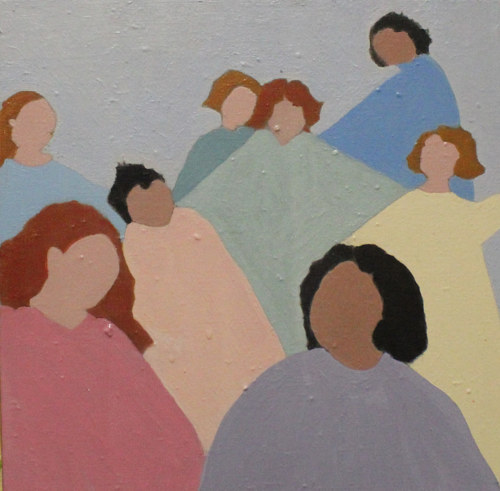 If you wish more info on this painting, please go to https://www.joyfulartfromtheheart.com/gallery/hot-of-the-canvas 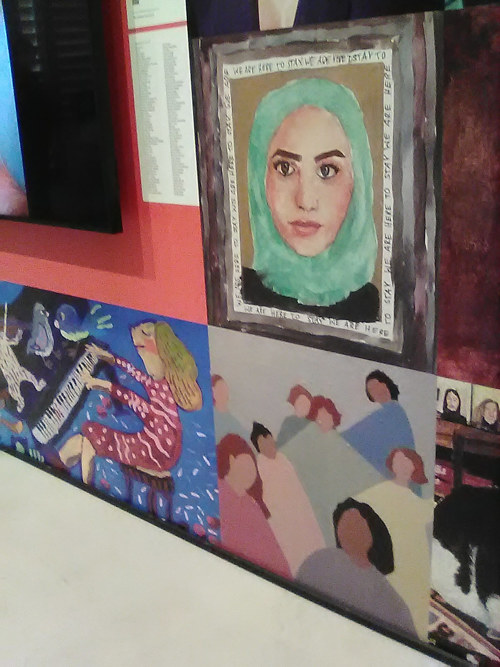 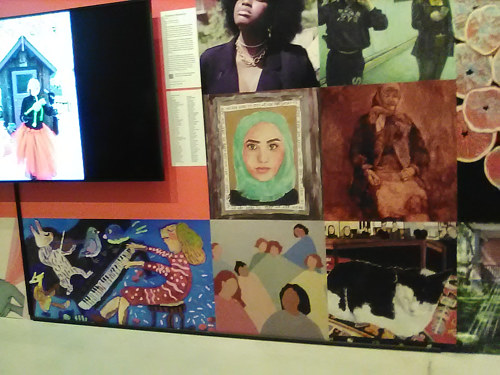 See the other submissions here... 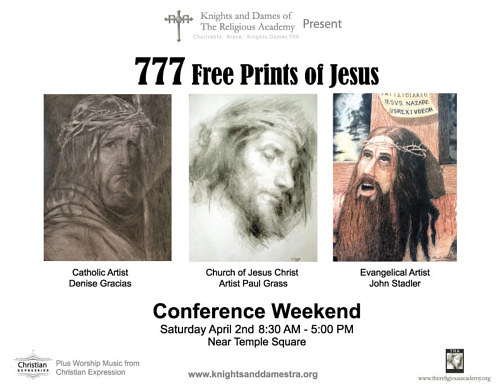 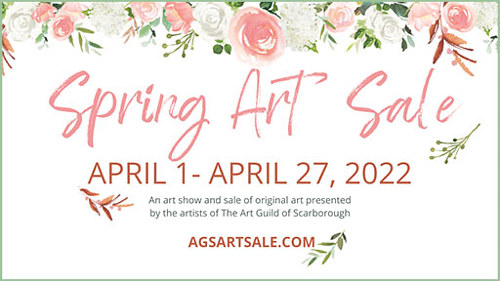